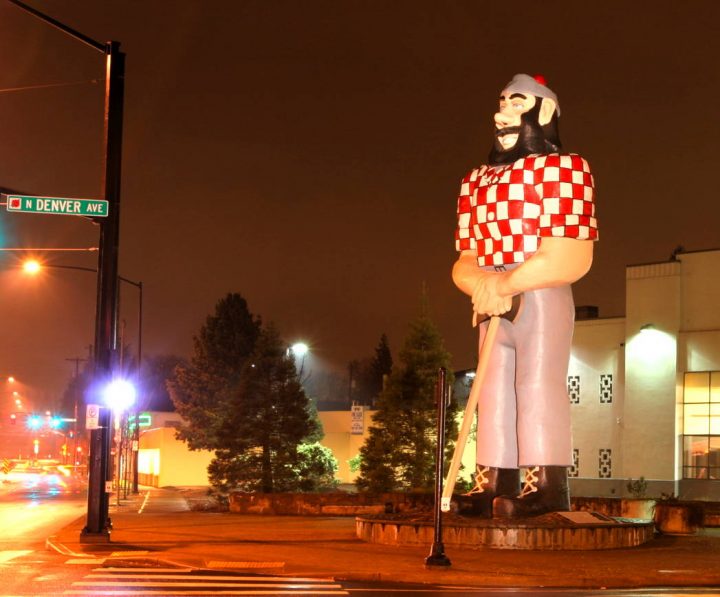 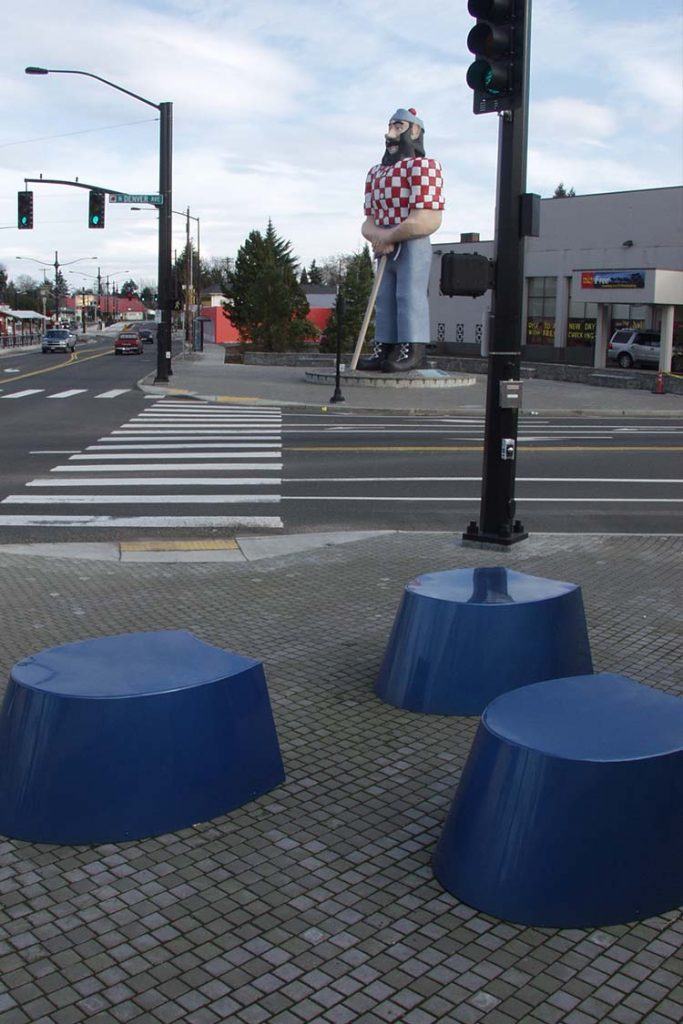 Everyone knows the giant Paul Bunyan that presides over the north end of Kenton. But who knows about the four bigger-than-life blue hooves that hide a cross the street – the hooves of Babe, the giant blue ox? Paul was erected way back in 1959 by the good citizens of Kenton in order to celebrate Oregon’s centennial.  But what of Paul’s companion? What happened to Babe the Ox? Well, it seems that it took 45 years for Babe to be reunited with Paul.

Paul stood proudly his first 5 years on the corner, greeting every interstate traveler come down the ‘pike from the north, until the 1964 completion of the 1-5 (The Minnesota Freeway). The new freeway bypassed Interstate Ave (and its span of neon-lit motels) leaving lonesome Paul without any travelers to greet anymore.

For a brief time in 1972, Paul’s smile returned when Raquel Welch arrived in town to film Kansas City Bomber. Raquel stayed at the old Thunderbird Hotel and spent some time filing at the “not-yet-famous” Kenton Club in her curve-hugging knit dress, quickly turning the place into the “World-Famous” Kenton Club. Va-va-voom! Surely Raquel Welch gave Paul a wink or two in response to his welcoming grin.

In 2004 Babe finally came back to Paul’s side, though only in spirit. Between 2002-2004 TriMet brought Light-Rail up Interstate Ave. They hired local artist Brian Borello to design four blue bench-like hooves to adorn the sidewalk triangle. And just like that, Babe and Paul were reunited.