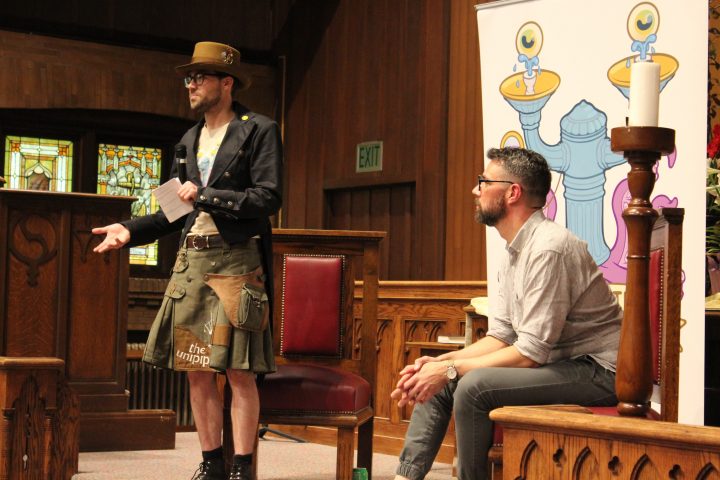 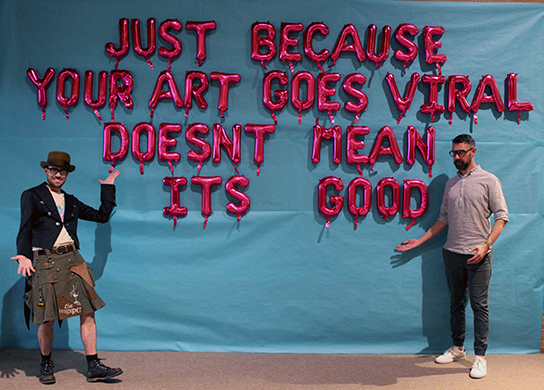 Our ‘Weird Portland Creatives’ inaugural event was a smashing success! Not only did our tickets sell out, but we raised funds for our future events, sold lots of t-shirts and WPU swag, and had a great time to boot!

A huge thank you to Portland performance artist and writer, Michael James Schneider. He and The Unipiper engaged in a live Q+A discussing the creative process behind his work, how he managed the public interest and media attention that his Box Wine Boyfriend project generated, as well as his ideas for future projects. Michael is extremely charming, and it was a joy to welcome him into our creative space.

Did you know Michael is HUGE in Australia? He explained, “I knew my project had gone viral when I woke up to news articles and media requests from Australia and the UK.” The timing worked out because he had fortunately taken time off work from his day job for unrelated reasons, so he had time to do phone interviews and such.

Here are some tips for dealing with sudden internet fame…

Go with the flow: Michael made the most of the media attention he was receiving by turning it around and doing something good. His wedding ceremony to his Box Wine Boyfriend garnered more media attention, and raised funds for the ACLU of Oregon. His photography and writing went viral around the world, and was featured on VICE, The Huffington Post, Buzzfeed, and The Oregonian, among others.

Go for quality over quantity: Not only did Michael have fun with his subsequent social media posts after going viral, but the quality of his content was superb. He sought the help of friends to shoot new photos, and found fun and unique locations that proved to enhance his already growing social media presence.

Go the distance: Michael wanted to bridge the gap between Box Wine Boyfriend and his future projects. He began interspersing photos of his Word Balloon Art series with Box Wine Boyfriend, and thereby engaged his new fans and took them in a new direction.

Join us for the next ‘Weird Portland Creatives’ event as we welcome Mike Wellins, creator of ‘The Peculiarium‘!