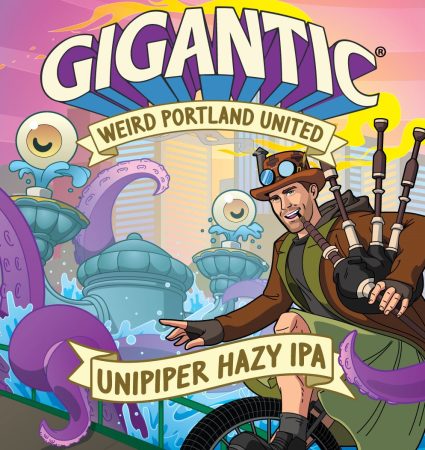 Portland, Ore., March 23, 2022 — Gigantic Brewing Company along with 501(c)(3) nonprofit, Weird Portland United (WPU), today announce a new strategic partnership to include an ongoing series of beers dubbed ‘Weirdtastic’, exclusive WPU programming and events at the Gigantic taproom, and plans for Portland’s first-ever Weird Beer Festival. A portion of sales from the Weirdtastic Beer Series will go directly to WPU in support of the group’s mission to “celebrate the community’s unique innovative culture, amplify its creative expression, and incubate an even weirder future.” Gigantic Brewmaster, Ben Love, said of the collaboration, “For us, this was a no-brainer, given the overlap between the goals of Weird Portland United and our philosophy toward community oriented beer making.” WPU president, Jason Turner, commented, “Beer is part of the fabric of this city and has been in our DNA since day one. Like music or art, it is an expression of who we are, and just like being weird, it’s a key ingredient to our shared experiences. This beer series gives us an incredible new platform to show the world who and what make Portland special.”

Releasing first in the Weirdtastic Beer Series is Unipiper Hazy IPA, brewed in honor and collaboration with Portland’s iconic flame throwing, bagpiping, kilt wearing, one wheeled wonder. This hazy is unlike anything you’ve had before though, with more in common with the Unipiper than just his name. Crafted from an all new recipe, Unipiper Hazy IPA has an intensely tropical hop aroma of passionfruit, mango, guava and orange derived from the expert use of Citra, Mosaic, Crystal and the Unipiper’s own Cascade hops paired with Cosmic Punch yeast which biotransform compounds found in the malt and hops, unleashing thiols to further intensify the tropical aromas.

The Unipiper, a craft beer enthusiast and avid homebrewer, had this to say of the project: “When it comes to Portland beer, any hophead will tell you the quality of Gigantic is second to none and it is a dream come true to be working with them on such an exciting project.” “We wanted to create something to celebrate Portland’s enthusiasm for taking risks, and that is exactly what we’ve accomplished with this beer,” said Gigantic Master Brewer, Van Havig. “The result is something entirely unique that will still have you coming back for more. This led us to the tagline of the series, Ordinarily Extraordinary Beer for an Extraordinary City.”

Gracing the inaugural bottle in this series is the work of Portland artist Steven Barker, depicting the Unipiper on one of his signature rides across the Willamette, alongside WPU’s anthropomorphic Benson Bubbler-turned-octopus mascot, affectionately dubbed ‘Benny’. Limited edition prints of the art will be available at giganticbrewing.com.

Following Unipiper Hazy IPA, next in the series will be a beer sharing the namesake of the long running and highly revered Portland institution, the PDX Adult Soapbox Derby, releasing in advance of this year’s race which returns to Mt. Tabor on August 20.

With two beers confirmed so far and many more planned, collectors will not want to miss this inaugural release. Those looking to be among the first to try Unipiper Hazy IPA on draft or grab some bottles to go can plan on attending a release party at Gigantic Brewing Company April 1st from 4-6pm. The 21 and up party is open to the public and admission is free. Naturally, the Unipiper himself will be on hand providing entertainment, signing bottles, and drinking his beer. Following release, Unipiper Hazy IPA will be available on draft and on store shelves everywhere Gigantic is sold, including New Seasons Market. Home delivery of Unipiper Hazy IPA is also available within 18 miles of Portland through the Gigantic website.

Gigantic Brewing Company is an independent, artisanal brewery located in the Southeast quadrant of Portland. We hold ourselves to a simple principle – Never Give an Inch. We vow to start small and (stubbornly) stay small, focusing our efforts on making exceptional beer, rather than a lot of beer. When you drink Gigantic, know that we didn’t just put our names on the label – our effort, imagination, and dry wit are in every bottle. Enjoy Gigantic at the Gigantic Brewery (5224 SE 26th Ave), Gigantic Robot Room (6935 NE Glisan), on tap or in bottle at your favorite grocer, bottle shop, bar or restaurant in Oregon. As always, Gigantic beer is packaged in BottleDrop Refillable bottles. BottleDrop Refillables are sorted, washed, inspected, and delivered back to Oregon’s craft beverage producers to be refilled. By choosing beverages in refillable bottles, you help keep our air clean, our beaches, parks and roadsides litter-free, promote a circular economy, and set a model for future generations.

Legends abound in Portland surrounding the antics of a unicycle riding, flame spewing bagpiper. Five times crowned as Portland’s ‘Best Local Celebrity’, The Unipiper, also known as Brian Kidd, has become synonymous with the Rose City’s offbeat sensibilities. With great power comes great responsibility however, and in 2019, as the city’s unofficial ambassador of weird, The Unipiper fulfilled a longtime dream with the formation of Weird Portland United, the city’s first nonprofit dedicated to Keeping Portland Weird. In recognition of his longtime contributions to Portland’s craft beer scene, The Unipiper served as Grand Marshal of the 2019 Oregon Brewer’s Festival where he was honored with the ‘Spirit of Craft Brewing’ award. When he’s not wheeling around town, the Unipiper co-hosts a podcast about movies filmed in Portland, appropriately called ‘Portland At The Movies’.

Founded in 2019 by Portland’s Unipiper in an effort to curb the growing homogenization and sanitization of the city’s image, Weird Portland United exists to discover, promote, and nurture the dreamers, creators, and risk-takers that keep Portland weird. Current and past initiatives include the establishment of the Weird Portland Hall of Fame, organization of Portland Weird Week, and hosting of many events such as Weird Portland Creatives, the Weird Portland Gala, and the Portlandia Mermaid Parade. In 2020, WPU awarded over $5000 in grants to Portland creatives through the #KeepWeirdAlive campaign. 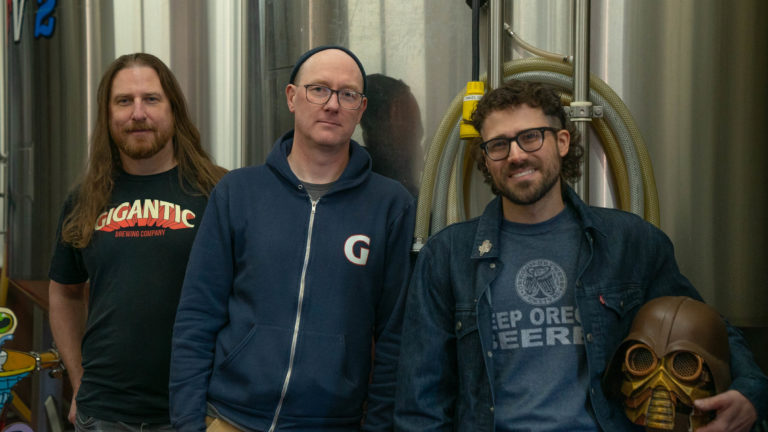 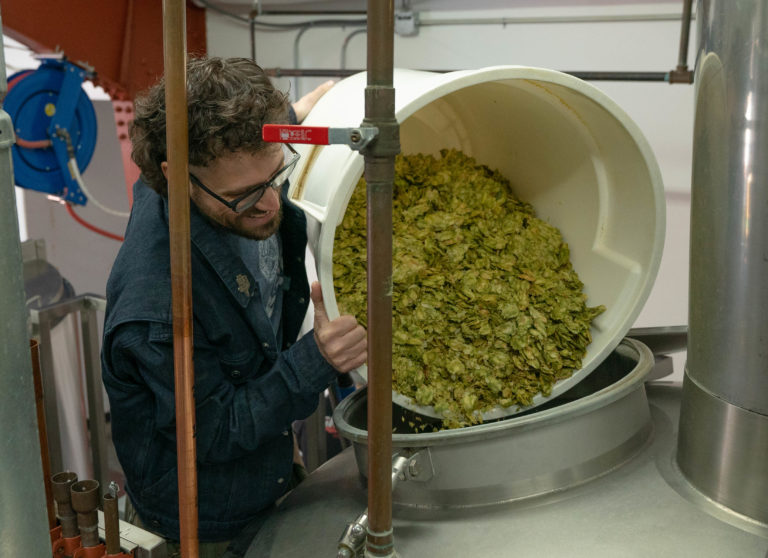 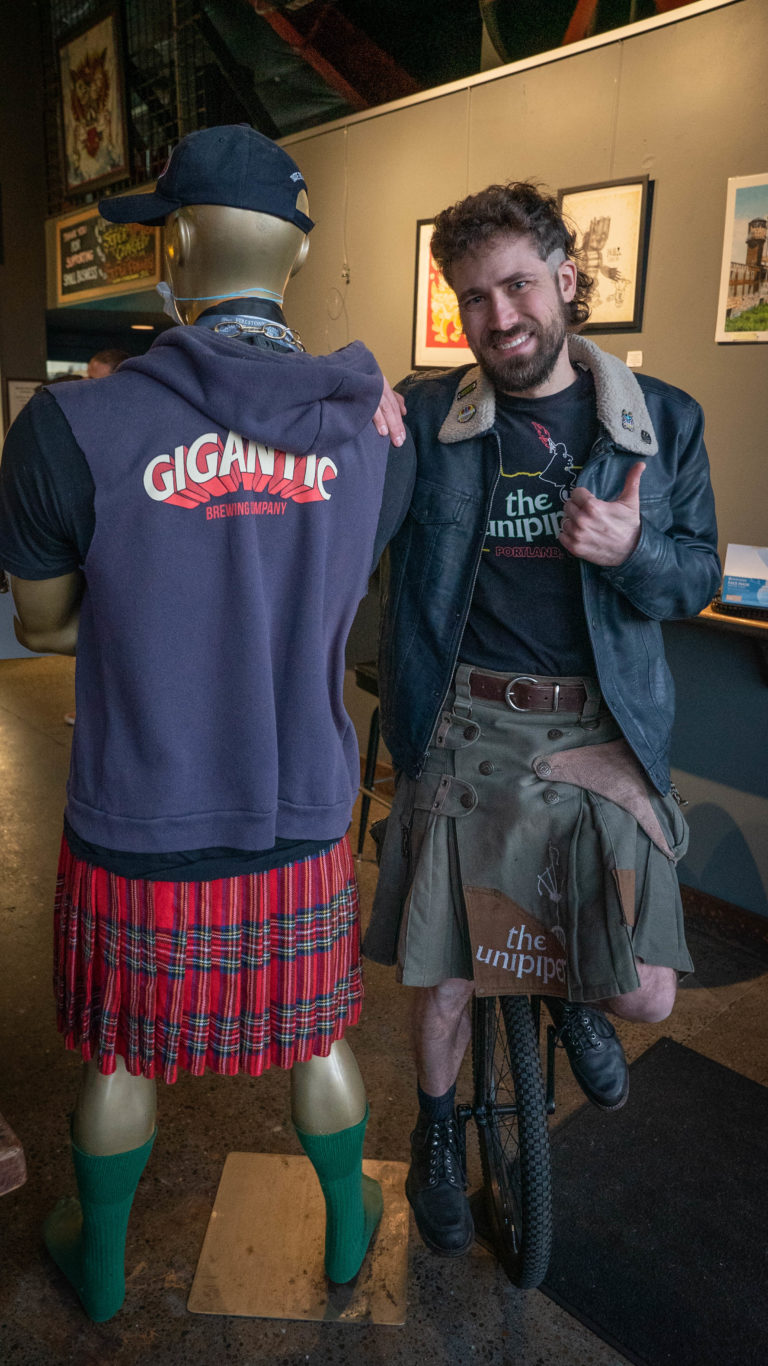 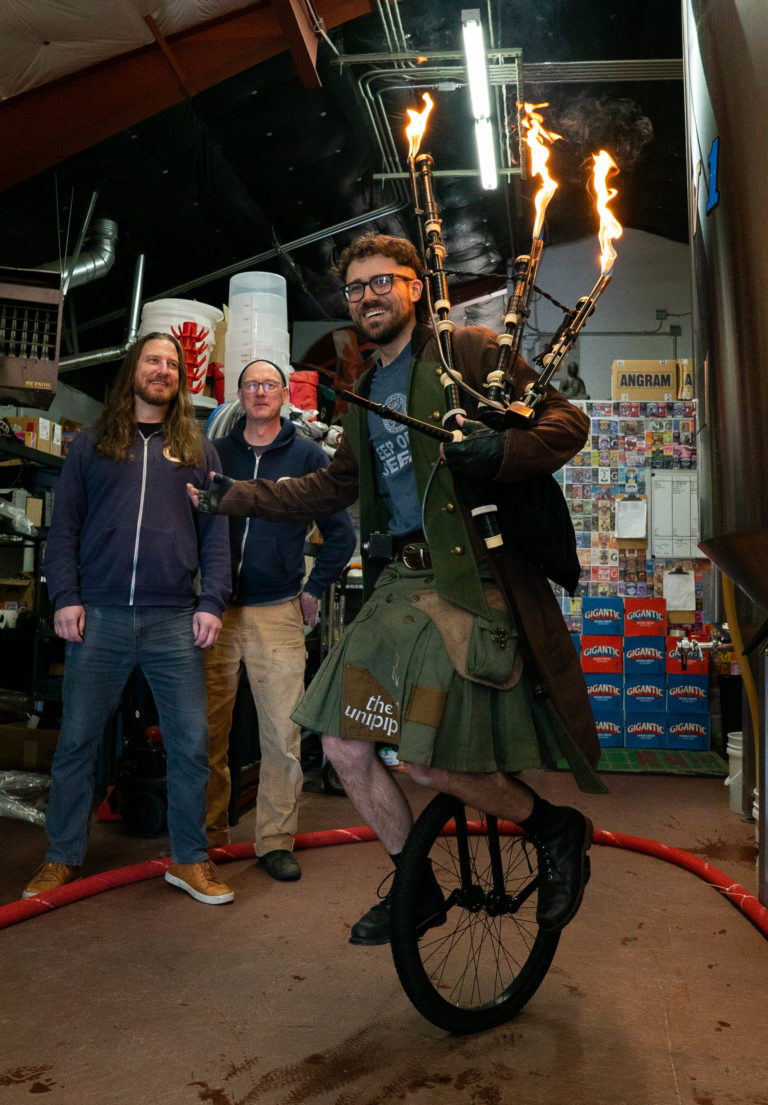 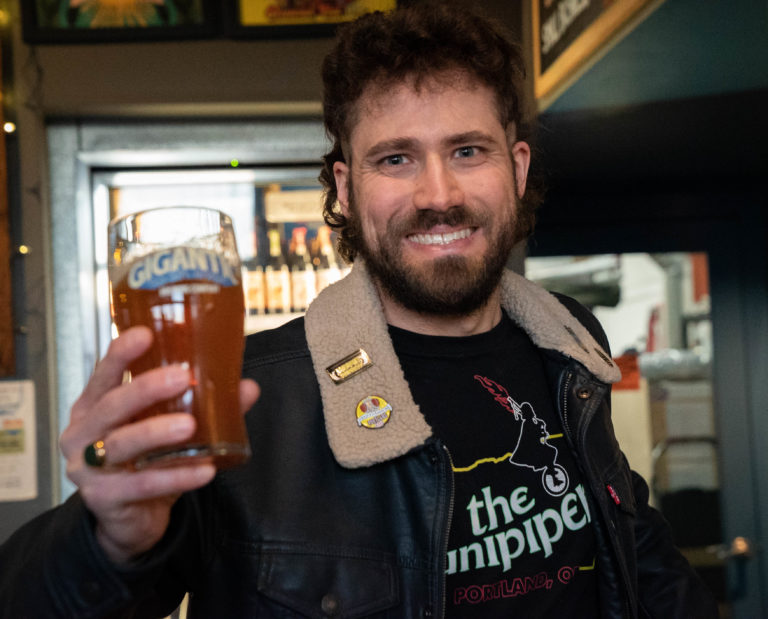